Before that an international ad hoc committee called it The Tree For Solving Global Problems, the Indian subcontinent has known the virtues of the Neem tree (Azadirachta indica Juss ‚ÄìThe Free Tree of India) for thousands of years. Neem profound and diverse beneficial vertues own it the eloge of The Village Pharmacy in India. In Senegal, West Africa, it is known as the Independence Tree, marking its introduction around the 1960s. and in Eastern Africa as The Tree For Healing Forty Diseases, etc. Neem presence in Africa has been reported since the early 1900’s.

Neem in the Indian folklore, mythology and religion

According to legend, Indra, the King of the Skies returning to his palace in paradise on the back of his white elephant after snatching from the demons the golden vase full of ambrosia elixir. By accident, the vase slipped out of his hands and the ambrosia got spilled over the neem tree, rendering it its multiple therapeutic virtues. In Sanskrit, Nimba (another name given to neem) means ‚Äúto restore health‚Äù (Swasthyam).

Another anecdote suggested that to hide from the demons, the divinities took refuge on top of trees. So Shiva found the Vilva tree (Aegle marmelos), Indra selected Sirisa (Albizzia lebbeck) and Surya the Sun God chose the neem tree; justifying the association of neem with a local divinity.

In certain regions of India such as Maharashtra, matrimonial rituals are practiced under neem tree for a week, praying for a fecund marriage Neem flowers are also a used in the 24-type floral bouquet offering prior to undertaking business ventures, trips, etc‚Ä¶). Neem is an important part of several cultural and religious ceremonies. The Ganit religious sect of Gujurat uses neem juice as beverage offerings to cattle. Neem wood is carefully selected by specially deputized people for the carving of deities in the temples of Jagannath, Subadhra et Balabhadra in Puri. These deity carvings are renewed every 12-13 years using neem wood.

During epidemic periods, neem is used to protect the deity. Stone sculptures of snakes are frequently erected around neem trunk. Neem leaves are eaten after funeral ceremonies prior to entering the temple to ward off bad spirits. At the first day of the Hindu New Year calendar (March/April), when the sun enters the Zodiac Aries, bitter neem leaves and flowers are roasted and eaten to symbolize the acceptance of good/bad duality. Since the New Year usually coincides with a period of body ache, Ayurvedic practice advises the daily intake of neem leaves to insure good health.

It is also important to note that in Saudi Arabia, precisely in Arafat, Mecca, a 50,000 neem tree plantation provide needed shade during the annual Muslim haj (pilgrimage).

Neem in our present time: use and benefits

Neem is almost unique in claiming multiple use and benefits compared to other species in the plant kingdom. Where else can we find a tree that can be used as: effective bio-pesticide on more than 200 insect species, cosmetics, medicines for several ailments: diabetes, skin disorder, malaria, fever, high blood pressure, tonic, immune system build-up, as organic fertilizer and soil amendment, as air purifier, construction, reforestation, land reclamation, easy to plant and establish, and above all, with very low maintenance and requirement for growth?

Neem is an ideal income generator in countries where it abounds. Its multiple use can lead to income generation and self-reliance in pest management and health/cosmetic needs. Having more than one hundred active compounds ranging from insect growth regulator, repellent, to green manure, among other useful attributes, neem can easily partake in several major development programs through international funding sources or grassroot intiatives. A good example of wide target program is a malaria prevention program as well as locust outbreak management operation using neem oil and its multiple insecticidal or deterrent properties. Neem treated bednet could help reduce the exposure to synthetic pyrethroids and othe chemical compounds destined to third world countries. In addition to the already rich ayurvedic neem use, a plethora of beneficial use of neem abounds in the world literature. 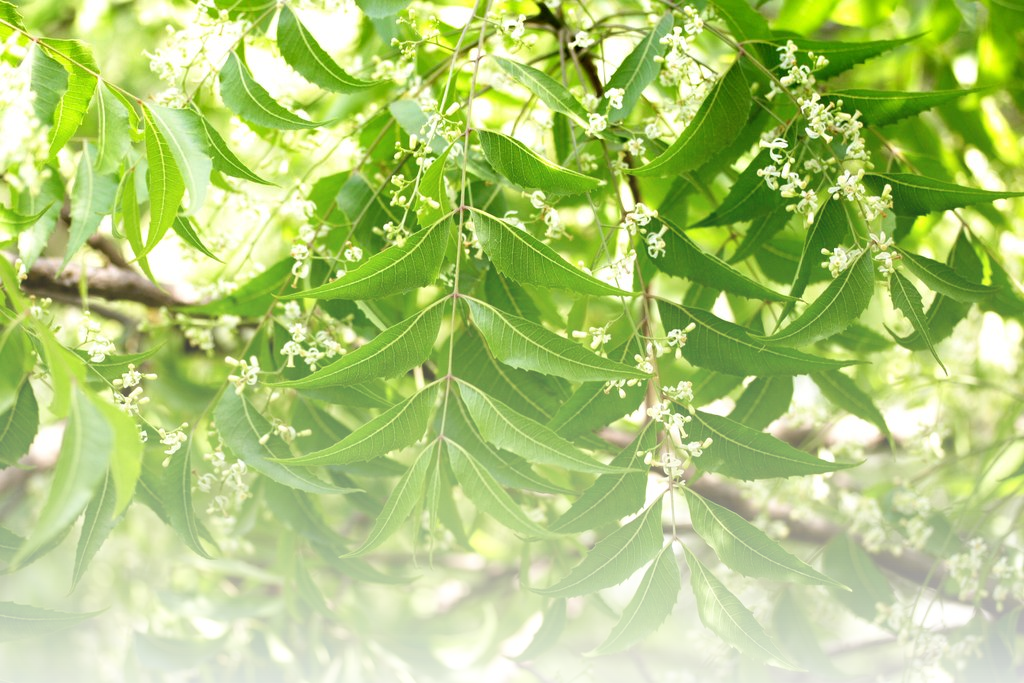